Model Ashley Graham weighs in on the body acceptance movement 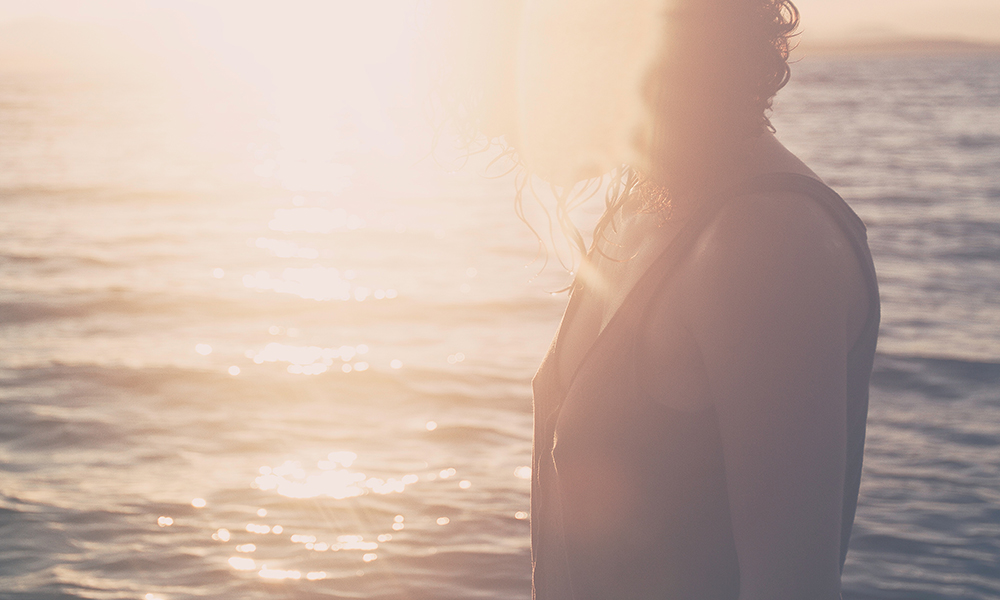 It’s been a big year for Ashley Graham. Between making waves as the first “plus-size” model to be featured on the cover of the Sports Illustrated swimsuit edition and giving a TEDx Talk that went viral, she’s quickly become the loud, proud figurehead for what might be called “the body acceptance movement.”

Graham is challenging convention when it comes to size, but so far, the world is (mostly) embracing her with open arms. Just this May she was seen heating things up with Joe Jonas in DNCE’s “Toothbrush” music video and debuted, in time for Memorial Day weekend, a swimwear line designed for women with curves.

As a size 14/16, Graham represents the “every woman.” The Centers for Disease Control and Prevention (CDC) reports that the average U.S. woman is a size 14. Yet not everyone—or every woman, for that matter—was happy to see Graham grace the cover of Sports Illustrated. She endured a good deal of social media and “fat shaming,” which made clear that even today there remains a complicated relationship between the standards we hold women (as well as men) to, and the ideals she measures herself against.

Or rather, wants to measure herself against.

Even today there remains a complicated relationship between the standards we hold women to, and the ideals she measures herself against.

This is just what Joe Zee, Editor-in-Chief of Yahoo Style, sat down to discuss with Graham earlier this year at SXSW. Given Graham’s appearance in a host of global fashion magazines and her campaign and client work with brands that include Levi’s, Calvin Klein, Nordstrom, H&M, and Bloomingdale’s, it does seem as though the fashion industry might be embracing a new ideal. Or, at the very least, softening their stance on size.

It’s a fair question, and one Graham and Zee didn’t shy from. “Why is it okay to be sizeist, but not okay to be racist?” Zee inquired.

Ask any overweight person and they’ll tell you they’ve felt the impact of prejudice, judgment, and even hate. It’s easy enough for Taylor Swift to sing, “The haters gonna hate…” but it’s much harder to actually shake hate off. The public’s reaction to Graham’s Sports Illustrated cover was marked. “I went on social and started reading the comments,” Graham said. “Don’t do that!”

She expected backlash from women, but men were also leaving comments like: “Who is this heifer?” and “She’s a promoter of diabetes.” Her career, she thought, was over. Even other models, notably Cheryl Tiegs, were carefully critical with their words. Tiegs was quoted as saying it was a beautiful but unhealthy cover.

It can be easy to pass off prejudice as an argument for health, yet health is undoubtedly a major factor in the debate over whether we should all embrace ourselves at any size. It also begs the question: What constitutes health?

Graham would argue that it’s less about hitting the gym and more about learning to love yourself. And from that point of view, she isn’t just standing up for bigger girls. On the other side of the scale, there are just as many thin girls fielding unsolicited commentary about their bodies and battling eating disorders. These skinny girls, or “straight-size” models (because they lack curves), also tell Graham she’s an inspiration. “They say they stopped throwing up because of me,” she said.

Graham would argue that it’s less about hitting the gym and more about learning to love yourself.

For this reason, Graham, alongside a collective of models called ALDA Women, are working to reach a younger generation of women who can help reshape the national conversation about health and beauty. Their message is one of self-love and confidence.

The search for authenticity

Young women today are up against many of the same issues faced by their mothers before them. There is the ever-present pay gap, as well as a lack of women in executive leadership roles. But beyond that, it’s also just really hard to be authentic and accepting of each other and of ourselves. And when you add in the pressure of presenting a perfect image over social media or the pressure any pubescent girl feels to be both conventionally pretty and thin, the weight can be unbearable.

Consider someone like Essena O’Neill, a young and successful social media model and Instagram star, who cracked under the pressure of her “perfect” and “inauthentic” life. To the surprise of many, she came clean and deleted her YouTube channel and Instagram account. Yet Graham has managed to integrate meaningful activism with her rising stardom. She identifies as a “body activist” and regularly speaks at conferences and mentors youth at a body acceptance camp about body image, self-acceptance, and female empowerment.

“I’m here as someone who has to make a change in the industry,” she said. “There are little steps along the way. There might be a year where there is a plus-size girl on the cover of Italian Vogue. But why can’t these wins happen all the time, every year?”

With ad campaigns that have hashtags like #CurvesinBikinis, #ImNoAngel, or #PlusIsEqual, it’s clear that there have been small wins across the fashion industry suggestive of a change in attitude. Today’s climate is such that some, like the Succulent Six, have taken a direct and cheeky approach to end fat shaming by posing for pictures with food.

But the advances are never without some heat. Take the aspirational Nike ad “with the fat guy running,” for example. It was cited by some as being exploitative even though the boy featured was actually inspired to lose weight. This was four years ago, back in 2012. With that campaign, Nike managed to target the general population rather than just people who already buy fitness gear. And the reason, according to Nike’s co-founder Bill Bowerman, was simple: “If you have a body you’re an athlete.”

At the same time, fashion represents a $225 billion dollar industry in the U.S. alone. Of that, the plus-size market represents only $17 billion. Most designers will chase the larger market share and shy from plus-size because it’s both more costly and comes with a stigma. “It takes a different mindset,” Graham conceded.

It might also take a different descriptor. According to Graham, the term “plus-size” is outdated. She refers to herself “curvy sexalicious” but noted that some of her friends wear the term “plus-size” as a proud badge. Ultimately, she explained, “I don’t want to be called anything other than a model. I want to end labels.”

Through the lens of motherhood

As a woman and mother to a young girl, I applaud Graham’s desire to end labels—or perhaps, more pragmatically, to change the labels we use to something more productive than “fat” or “thin,” “ugly” or “beautiful.” My daughter is four years old, and my husband and I have worked hard to delay the introduction of shame, especially about her body. But I know shame is something she will feel one day, because we all do.

It’s why, in fact, we chose not to proceed with a child modeling opportunity that arose when a local agency that supplies models to brands like Gap, Old Navy, Gymboree, and Janie and Jack was interested in representing her. During our initial appointment, the agency contact described both my daughter’s appearance and her personality in blunt, unimpassioned language and it made me palpably recall times during my own adolescence when people said things about me that I took to be true, even when they weren’t.

Graham was only 12 when she was discovered in the mall. By then she was already a size 12 and wore a 36D bra. She later shopped for her prom dress in the women’s department. The irony over the years was that she was sometimes too small to be a plus-size model. “I was constantly asked to gain or lose weight,” she said. So today she doesn’t focus on weight—just on being able to button her jeans.

The truth is that we’re not all built the same, so a one-size-fits-all mentality just doesn’t make sense. Not really. And though part of the sizeist conversation, if we really get into it, is over what sort of allowances the rest of society might be asked to make on behalf of someone whose girth or health has outside ramifications. It might also be said that the debate isn’t really over size. At least, maybe not from Graham’s point of view. Her underlying message seems to be: Can you get past yourself and the labels people put on you?

Graham’s underlying message seems to be: Can you get past yourself and the labels people put on you?

“I have to remember that I have to be happy for me,” Graham concluded. “I got healthy and my career really started to take off.”

Even if we replaced “fat” and “thin” with character attributes like smart, and brave, and kind, the truth is always something more nuanced. But nuance, unfortunately, doesn’t sell clothes. So while it’s unlikely that the fashion industry will truly embrace a new body anytime soon, giving yourself the label of “confident” surely stands the best chance for inciting change. Not to mention, acceptance.

Science-based targets are the key to sustainable business

To help combat climate change, many companies are setting science-based emissions reduction targets. Learn more about these efforts and the impact they can have on the planet.

Learn how the International Rescue Committee is supporting resettlement efforts in the U.S.