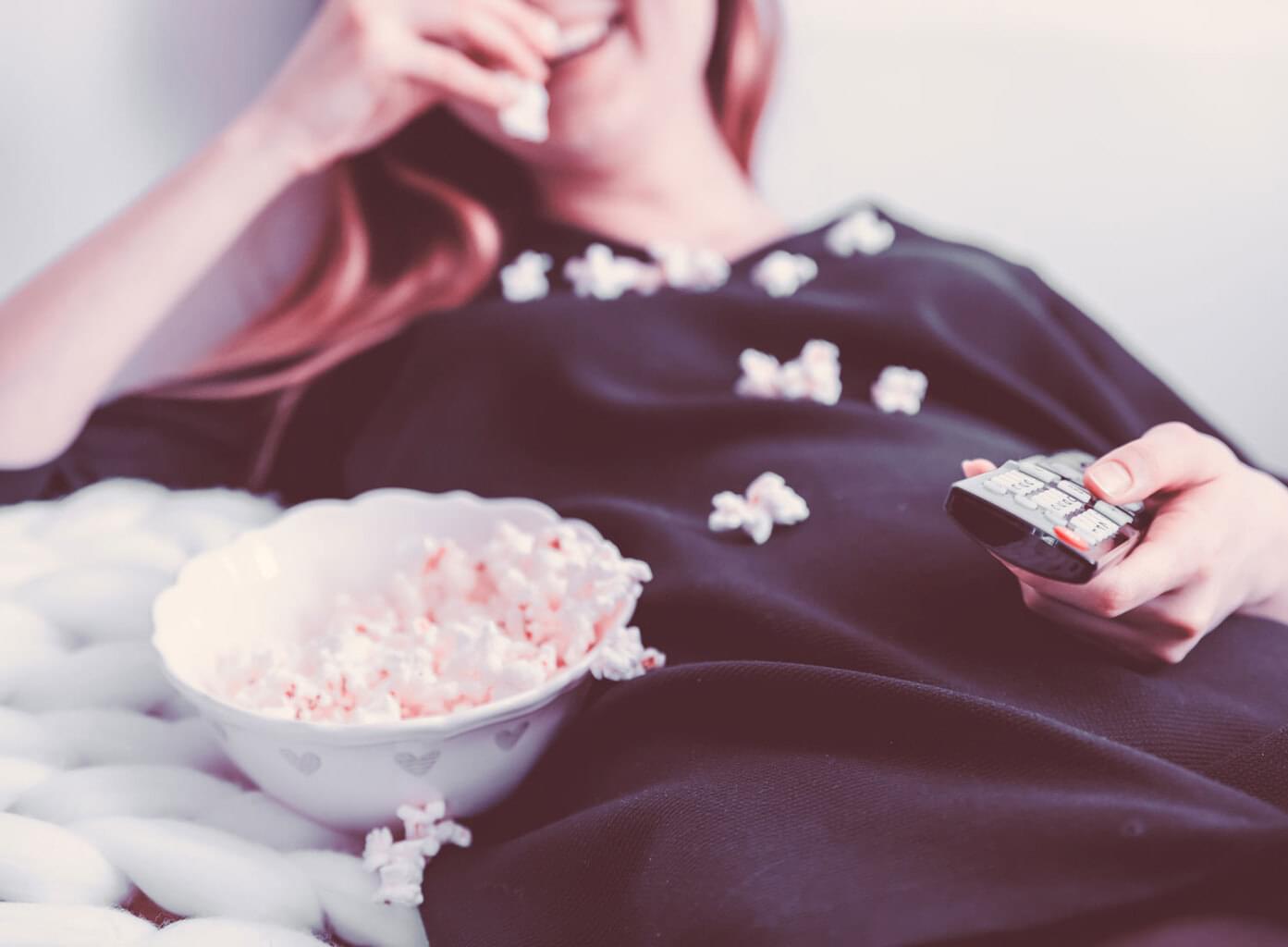 While most reasonable people abhor terrible customer service, for comedy writers, it’s the gift that keeps giving (or is that gif?). Bad customer service sits in that bittersweet spot between incompetence, anger, and frustration—in other words, the fodder for grand and profane comedy.

Once again, we’ve collected the most hilarious scenes about truly terrible customer service—clips that we believe even Larry David would describe as “pretty, pretty, pretty good.”

1. Monty Python’s Flying Circus: “The Cheese Shop”
The comedic geniuses of Monty Python—John Cleese, Michael Palin, Graham Chapman, Eric Idle, Terry Jones, and Terry Gilliam—frequently mined the rich ore of bad customer service, going on wild absurdist tangents that struck a chord with British people accustomed to queuing up properly and enduring abuse with a stiff upper lip. In the classic “Cheese Shop” sketch, a verbose and peckish Cleese enters a cheese shop to discover—to his growing consternation—that no matter which cheese he asks for, whether it’s a creamy Camembert or a run-of-the mill cheddar, the polite but eminently unhelpful clerk (played brilliantly by an earnest Palin) regretfully informs him that the shop is indeed out. The bit slyly nods toward British austerity post-World War II and a culture that has made an art form out of being superficially polite but wickedly passive aggressive.

[Related read: What is good customer service and does it really matter?]

2. High Fidelity: “I Just Called to Say I Love You”
Record stores—especially ones that specialize in vinyl—attract a certain type of clientele that is served by clerks with very strong opinions about music. Those clerks, while ostensibly there to help customers find that special album, have been known to be a wee bit dismissive when faced with customers who, like, just don’t get it. In this aggressive scene, a well-meaning but musically out-of-touch businessman asks the sociopathic clerk played by Jack Black for a copy of Stevie Wonder’s schmaltzy “I Just Called to Say I Love You.” When Black confirms that the store carries the record but won’t sell it to him, the customer is understandably confused—and soon experiences the full power of music snobbery. “Well, it’s tacky, sentimental crap—that’s why not,” Black says dismissively. “Do we look like the kind of store that sells “I Just Called to Say I Love You”? Go to the mall.”

“He offended me with his terrible taste!” – Jack Black, High Fidelity

3. Clerks: Randal Graves, terrible video store employee
In the history of cinema, perhaps no character embodies hostility toward customers as completely as Randal Graves in Kevin Smith’s Clerks. An expert at provoking customers into fits of rage, Graves employs studied nonchalance and withering verbal takedowns to express his complete disdain for the work and the people he sees as savages. In this scene, he goes out of his way to be unhelpful as a customer tries to elicit advice about which movie to rent. When Graves proclaims he doesn’t watch movies and finds it “best to stay out of other people’s affairs,” the customer turns around briefly and presents the same movies again. When that elicits a different answer—“they suck”—she explodes. But an unruffled Graves, who has yet to take his eyes off the tabloid newspaper in his hands, fires back: “I don’t appreciate your ruse, ma’am. Your ruse—your cunning attempt to trick me.”

4. Black Books: “Right, the Shop Is Closed, Everybody Get Out”
After refusing to sell a set of leather-bound Charles Dickens’ novels to a posh, arrogant upper class twit who wants the books simply because they’ll match his sofa, Dylan Moran’s misanthropic book store owner drolly asks the customer if the £200 he’s ready to pay also comes in leather—“to match my wallet”—and then hauls out a small megaphone to drive his customers out. When the posh customer huffs, “I expect better service,” Moran responds brusquely, “Well, expect away. Get out, bye-bye.” The broom used to usher the remaining customers out is the crowning touch.

5. Monty Python’s Flying Circus: “Dead Parrot”
Another brilliant sketch featuring a tormented Cleese and a passive-aggressive clerk played by Palin. Perhaps the comedy troupe’s most well-known sketch, “Dead Parrot” is the antithesis of good customer service: the clerk, despite clear evidence that the aforementioned bird is decidedly deceased, does everything in his power to deny Cleese’s request for restitution. As the tense verbal exchange intensifies, with Palin disingenuously suggesting that the parrot is simply resting or “pining for the fjords,” Cleese becomes increasingly incensed, to the point of removing the “ex-parrot” from its cage and banging it lustily on the counter. A classic.

6. Dave Chappelle Show: “PopCopy”
In this hilarious (and NSFW) sketch, Dave Chappelle plays copy store manager Ralph Henderson, who stars in an employee training video designed to encourage the worst possible employee behavior. “Occasionally you might get snagged by one of these customer people,” Henderson says. “Just remember: your job is to frustrate them and make them feel unwanted. If you can, wrap up a story that will make them feel uncomfortable.” The segue to an aggrieved Michael Rappaport saying he’d go to Rikers Island “for three to four years, just to prove a point” before switching gears to ask a fearful customer if she’s been helped is comedy gold.

“Should a customer get all uppity and ask to speak to a manager, then tell them, “Guess what? I am the manager.'” – Dave Chappelle, Chappelle’s Show

7. Parks and Recreation: “The Bubble”
When disturbingly energetic city manager Chris Traeger (Rob Lowe) shakes up the city’s operations, Ron Swanson, director of the Parks and Recreation department and all-around curmudgeon, is forced to cover at the front desk. For Swanson (Nick Offerman), dealing with the public is a fate worse than death, and when an upset citizen complains that the sun tea she made from the city’s sprinkler system gave her an infection, the disgruntled director makes his unhappiness clear. Perched on a swivel chair in the middle of a round desk, Swanson slowly turns counterclockwise, his eyes just ahead of the Pawnee resident, who hilariously begins jogging in an attempt to make eye contact. Warning: if you’ve ever spent time at the DMV, this scene might trigger strong emotions.

8. Saturday Night Live: “Customer Service”
In this short film, Kumail Nanjiani plays a melancholic call center employee working in Pakistan who forges an unusual bond with the First Lady of the United States, who keeps ordering Gucci handbags and deliberately having them sent to the wrong address so she can call customer service (“Did I say Red House? I meant White House”). Quiet, subtle, and a bit sad, “Customer Service” touches on racism (when American callers verbally abuse Nanjiani because of his accent), bullying, and how we’re all looking for a human connection, even if comes via a call center. Cecily Strong’s depiction of Melania Trump as a lonely captive in a loveless marriage is both sympathetic and extremely silly. If anything, you’ll never look at a tarantula the same way again.

Looking for more content like this? Sign up for our monthly newsletter to have the perfect mix of great customer service, rising industry trends, and a little bit of humor delivered straight to your inbox.

Have a favorite comedic customer service scene that you’d like to share? Please share links and your thoughts about why the scene resonates with you in our comments section below.