More than metrics: What VCs are looking for in a SaaS startup 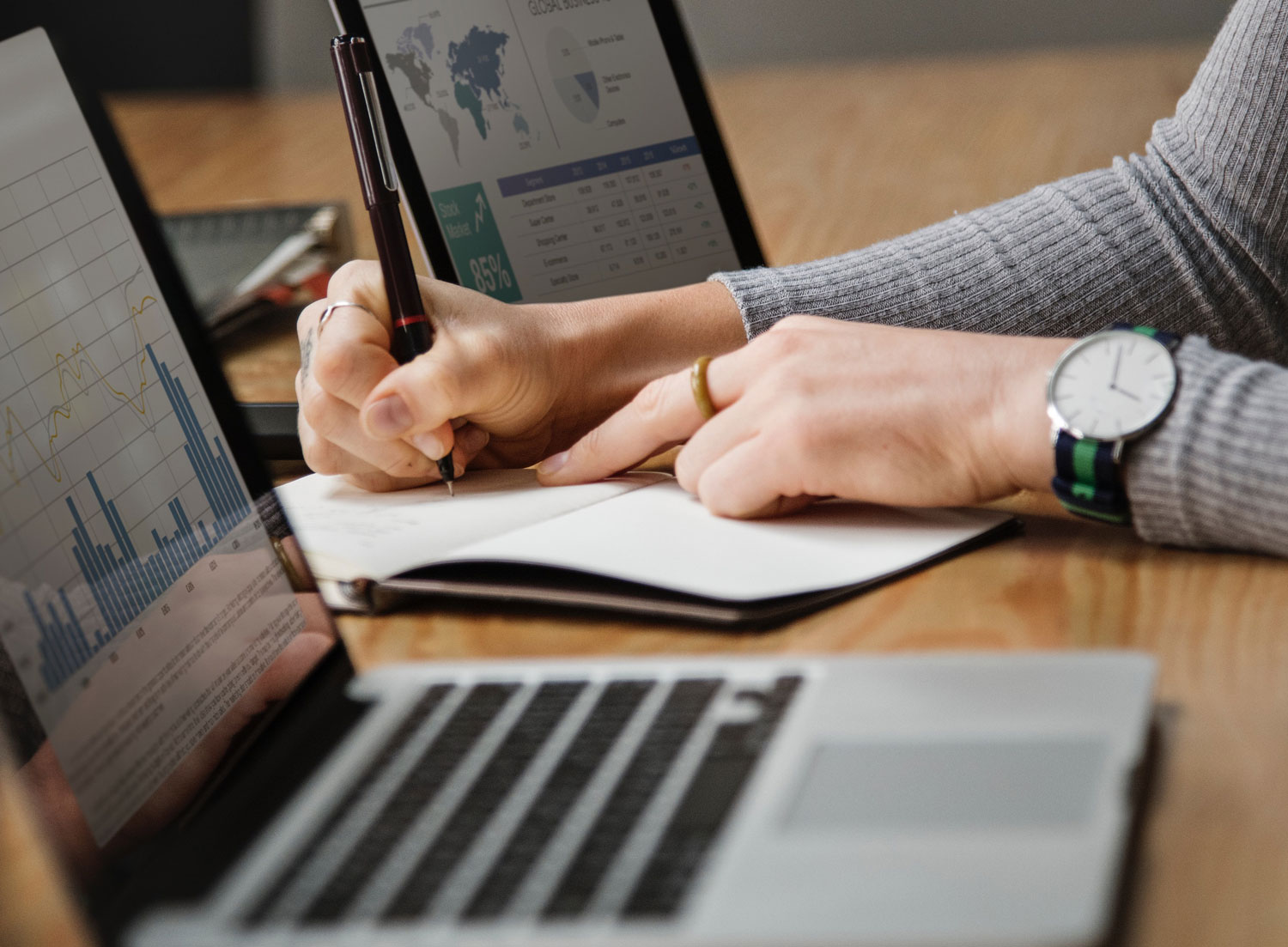 Most startups are hungry for investment from venture capitalists (VCs)—for the funds, but also for their belief in the startup’s vision and mission. After all, “buying in” is about far more than cash flow.

It wasn’t that long ago that Zendesk was in the same position: bootstrapping, searching for the way forward, fighting for attention from VCs and investors. It’s why Zendesk, now a global, publicly traded company, keeps startups close to its heart and continues to invest in their success. As part of that commitment, Zendesk partners with organizations and thought leaders around the world to help provide insight to early stage companies.

Peter Weed of Lumia Capital is one such valued partner, and I had the rare opportunity to sit down with him following his panel at Zendesk Relate to ask a few questions to better understand how successful VCs think about their investments and to learn what Lumia Capital looks for in a promising young company.

Lumia has made some good bets with companies like PagerDuty, which recently IPO’d, and Careem, which agreed to be purchased by Uber. How do you choose who’s in your portfolio?

We generally do growth stage investing, so most of the companies we work with have demonstrated great market fit. We like to validate that, certainly, but once we push beyond that, a lot of what we spend our time on is whether we share a common vision about how to grow the business and scale an organization from 10- to 25- to 50-million and beyond in terms of annual recurring revenue (ARR). A significant part of this is how the startups look at growth through the lens of scaling geographically, and even globally. That’s hard and, at the stage we invest, it’s often the defining crucible for the most successful companies. It requires sharpening their operational playbooks, building a multi-geography (and language) sales and customer success footprint, and having a product team and tech stack that are primed for the volume and customer complexity to operate on a global scale.

If we share excitement and alignment, that’s when we will often run with that investment partner.

The fit is important. And what are some obvious signals, in terms of metrics and KPIs, that a startup is worth the investment of time and money?

Putting aside the really obvious stuff—“Have you built something that actually works?” and “Are people paying you for it?”—it really comes down to whether you’re focused on the customer. That’s one of the most important signals. Why do people love SaaS? Because you end up with this very predictable revenue stream—but it’s predictable only when your customers are happy and they’re coming back.

That’s what we’re looking for: Do you go out and retain your new customers? It’s not just about saying, “Hey, this company has a 90% retention on the dollar basis and 88% on a logo basis. And they’ve got more sales than competitors, so their overall number is positive.” Instead, it’s: Are they actually expanding on their existing customer base?

“Putting aside the really obvious stuff – ‘Have you built something that actually works?’ and ‘Are people paying you for it?’ – it really comes down to whether you’re focused on the customer. That’s one of the most important signals.”
Peter Weed

We want to get underneath those fantastic metrics to look at the mechanics of the numbers. It’s a little bit like in medicine—you will often hear researchers talk about needing to know about pathway for why something works. They don’t want to just know it works—because when you know the pathway, then you can trust that those methods can be repeatable.

We want to see that behind the metrics, your customers are reporting that they’re rabid fans of the product. They have to have you and there are real, durable reasons for why they stay with you. It’s not just because you’re the only player in the market, but because there’s something you’ve done to embed yourself in the customer’s life so that when the next competitor comes along, it’s very difficult to extract you.

This is true as you expand, too. We’ve seen smart startups enter new markets and use their customer success teams to ensure customers are happy, thereby locking up a good chunk of the marketshare early on. This can be an incredibly powerful offensive strategy, to get ahead of competitors entering those same new markets. On the flip side, a cause for concern is when we see companies that are successful in their home market, but aren’t getting the same adoption in newer regions.

“It’s not just because you’re the only player in the market, but because there’s something you’ve done to embed yourself in the customer’s life so that when the next competitor comes along, it’s very difficult to extract you.”
Peter Weed

We all focus so much on intellectual property (IP), but the interesting thing is that long-term IP is much less of a differentiator than running a successful commercial operation and having that type of stickiness with customers. Trying to convince somebody that your system is a little bit better than somebody else’s system isn’t a good way to get somebody to convert. But if you’ve gotten in there and you’re making your customer really happy, it just raises the bar for competitors, whom the customer doesn’t know. They don’t know whether they’re going to be super happy by making a switch.

No. A performance improvement has to be dramatic for people to consider making a change, especially in SaaS. When you start to take a look at the behavior of organizations that aren’t scared about doing one-year renewal cycles, you see that often they put themselves in a powerful position because they force their commercial terms to talk to their customers every year. One of the scary scenarios I observed in a bunch of organizations was that they got disconnected from their customers because they thought they were going to have a stronger position by selling three-year contracts. What actually happened was that they didn’t talk to their customers for a long enough period of time that they gave a competitor enough of a toehold for a competitive renewal at the end of that process.

“One of the scary scenarios I observed in a bunch of organizations was that they got disconnected from their customers because they thought they were going to have a stronger position by selling three-year contracts.”
Peter Weed

It further reinforces the importance of having continued customer dialogue and really understanding how they’re doing and serving them very well. This is why you see the advancement of customer success organizations and the value those organizations are bringing—not just by solving technical problems, but in saving and retaining customers.

So you’re seeing that proof of success in customer-focused organizations?

Ideally, really great organizations generate sales out of their customer engagement organizations by helping them upgrade and upsell. Not just their sales organizations. They might generate 5 or 10 percent of additional revenue growth from those organizations being really smart about knowing what drives additional use. And that goes back to the importance of pricing and making sure your pricing model scales so that you get paid more and your customers get more value out of the product. Great pricing strategy also has a built in price increase every year, and your customer success team is instrumental in navigating those conversations with customers, which can be challenging.

One of the other things I would point out is that, if you want to be a long-term successful organization, most software categories have a bit of a ‘winner take all’ tendency. The reason for that is the player who outpaces their competition gets bigger and is able to grow faster. Then what happens? They get a higher valuation and higher multiples than their competitors. By the time they get to 60+ million in revenue, they step into a world where they can start to buy their competitors by growth. And because their multiples are better than the things they are buying, they can immediately turn those acquisitions into additional value.

“The reason for that is the player who outpaces their competition gets bigger and is able to grow faster. Then what happens? They get a higher valuation and higher multiples than their competitors.”
Peter Weed

What’s a challenge you face as a VC, building a fund and a strong portfolio?

I was on the entrepreneurial side for a while, so I always felt as if VCs somehow operated in a different world. But we have the same constraints as SaaS startups. We have to raise money, too. We have to run a good business. We have to provide a good product.

But for us at Lumia, there’s a few things that we use to build our fund and that has helped us be successful. One of them is a platform that we call Lumia AI that has AI-scoring mechanisms that support understanding which startups are likely to succeed. Another big part of our sustainability and continued success is our network. We work with folks who are a value-add for our portfolio and keeping that network happy and excited to participate with Lumia is important. So, even VCs like Lumia have a critical need for a strong customer success function.

For SaaS companies already in our portfolio, we have to be there to help them as they think about how they can continue to perform. And for new potential portfolio companies, it’s important for us to spend a lot of time getting to know their teams, understanding their vision and opportunity, and their approach. We want to take advantage of every opportunity we can to continue to be deep in our network, to make sure that we’re publishing research and points of view, giving back, and engaging with our community.

Have questions or want to see all of the resources Zendesk makes available to startups? Visit the Zendesk for Startups program page for more information.

A healthier outcome: A CX Moment with Inovalon

5 ways to maintain brand loyalty beyond the holidays

Get expert tips to build your business after the holiday rush.