Dos and don’ts for marketing with memes 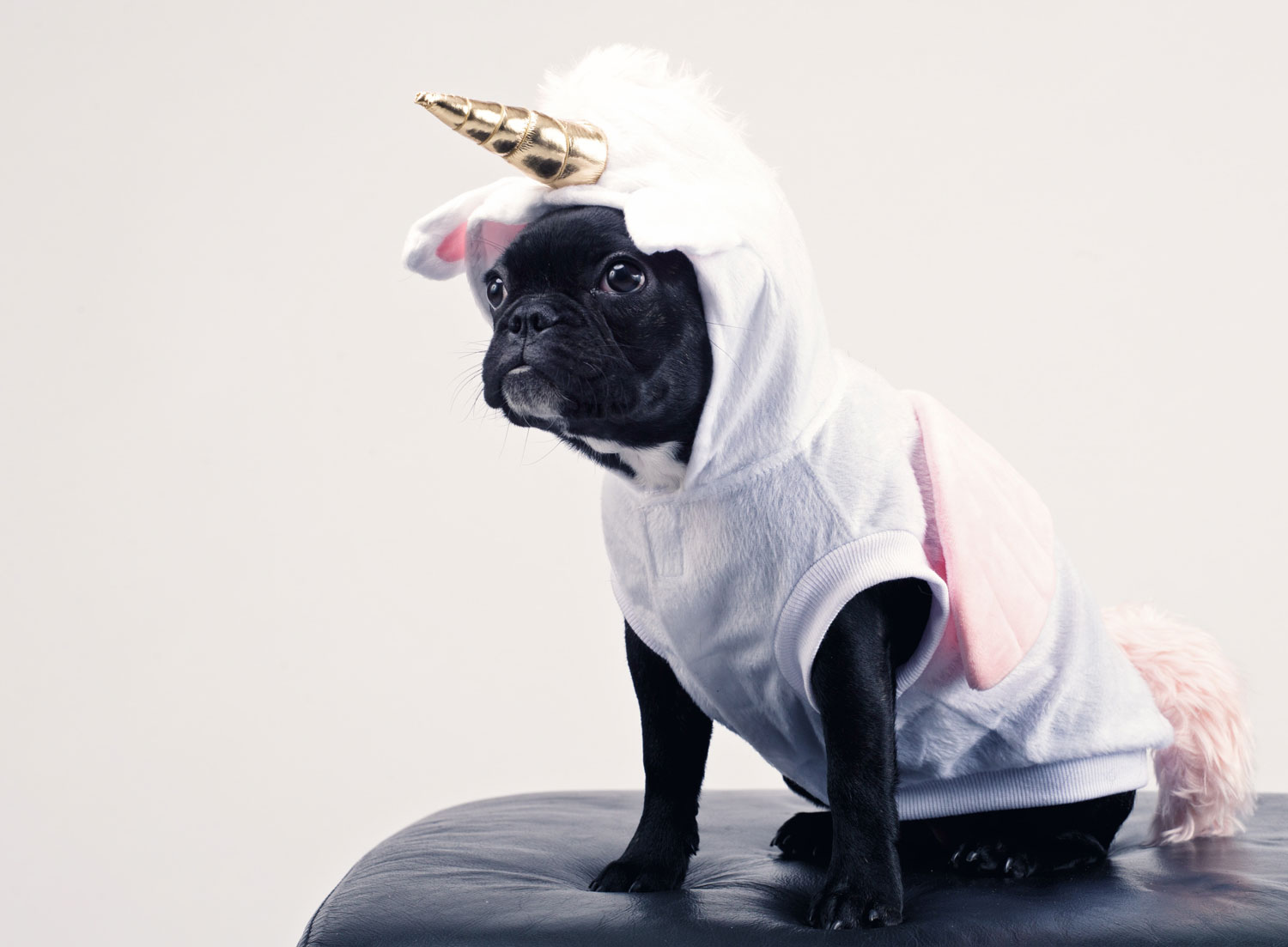 As ubiquitous as the devices we share them on, memes are here to stay—whether or not you have a sense of humor.

Attributed to evolutionary biologist Richard Dawkins in his 1976 bestseller The Selfish Gene, “a meme” originally described an idea, behavior or style that spreads within a culture from person to person for the purpose of the meme’s own survival. Outside its virality though, that definition has little to do with the slew of absurd pictures, videos, and GIFs we understand as memes today.

Memes have undergone an evolution since the days of only using the Impact typeface and video iterations of memes like “Sh*t people say…”. Today, if you’re not using the Impact font ironically, your meme might fall prey to a meta-meme. Memes have become so embedded in culture, and so widespread that Google searches for “memes” surpassed those for “Jesus” in June 2016—no small accomplishment.

For Millennials and Gen Z alike, the ease of creating a meme—and the simplistic, ridiculous nature of their humor—has reinvented online communication, much like emojis did.

[Read also: Emojis at work: the good, the bad, and the legally binding]

In 2018, Nielsen reported that U.S. adults spend half their day interacting with media. For Gen Z and Millennials, that media engagement is almost exclusively occurring on mobile devices, tablets, and portable computers—meaning we no longer go online, we are online.

For Millennials and Gen Z alike, the ease of creating a meme – and the simplistic, ridiculous nature of their humor – has reinvented online communication, much like emojis did.

Big business has also taken notice of the memescape, adopting the trend to engage audiences, drive traffic and sometimes as a fun way to comment on current events. Aware of the iGeneration’s ad-averse nature, companies are turning toward memes hoping to catch their short attention span and signal that their brands are with-the-times.

“Meme marketing” comes in all shapes and sizes. Companies like Wendy’s have found major success in empowering their social media team to stay alarmingly up-to-date with the top trends from even the most obscure parts of the internet, and to have fun responding at will.

Other strategies include structuring an advertisement around a specific meme, weighing in on popular Twitter debates, or even paying meme page administrators to promote a product.

One such administrator, who preferred to remain anonymous, is 17 years old and has been posting memes on Instagram for four years now. Brands began sponsoring him to post promotional material once his account reached 30,000 followers.

But this isn’t necessarily an easy way for marketers to reach and connect with customers. Both he and another meme account admin—@mitsos_memes—advise against companies attempting to navigate this youth-dominated space or trying capitalize on a marketplace built on absurdity and obscurity.

“Young people can tell when old people try to emulate their culture and it never works well,” says @mitsos_memes. Trying to be hip, they cautioned, can create the opposite of the desired effect.

Despite the warnings, @mitsos_memes also recognized that Gen Z are visual learners used to instant gratification thanks to the fast-moving media they grew up with. He views memes as the most instant form of gratification.

This sentiment is echoed by Professor Bradley Wiggins, who heads the Media Communications department at Webster Vienna Private University and has authored two published papers on memes and a forthcoming book titled The Discursive Power of Memes in Digital Culture. “People don’t want to read, they just want to see images,” says Wiggins.

Aware of the iGeneration’s ad-averse nature, companies are turning toward memes hoping to catch their short attention span and signal that their brands are with-the-times.

As a marketing strategy, Wiggins sees memes as possibly the most versatile, engaging, and shareable advertising format a company can use to reach social media natives on their preferred mode of communication.

Yet he also believes “the medium is the message.” With a number of companies trying their hand at meme marketing, only to receive backlash from unimpressed youngsters, it’s a strategy anyone should be wary about pursuing without putting the right people in place to execute it.

If you are considering a move into the memescape, here are a few do’s and don’ts to live and meme by.

[Read also: The Plurals: 4 defining traits that will change the way we do business]

DO create fun campaigns that can become memes.

There’s no way to predict what will become memeable, but certain campaigns strike a chord. When a commercial is well-crafted, with good jokes and memorable characters, the internet is more likely to pay attention.

Dos Equis struck gold in 2006 when it aired the original “Most Interesting Man in the World” advertisement. Equal parts cool, funny, and charming, these beer commercials put a relatively low-profile brand into the minds of millions of Americans—boosting it to become the sixth-most imported beer by 2012. Yet while the commercial itself was a success, it was the birth of a meme that kept the company relevant.

Within a few years of the airing, an image of Justin Goldsmith—the actor portraying the most interesting man— emerged online with the following caption: 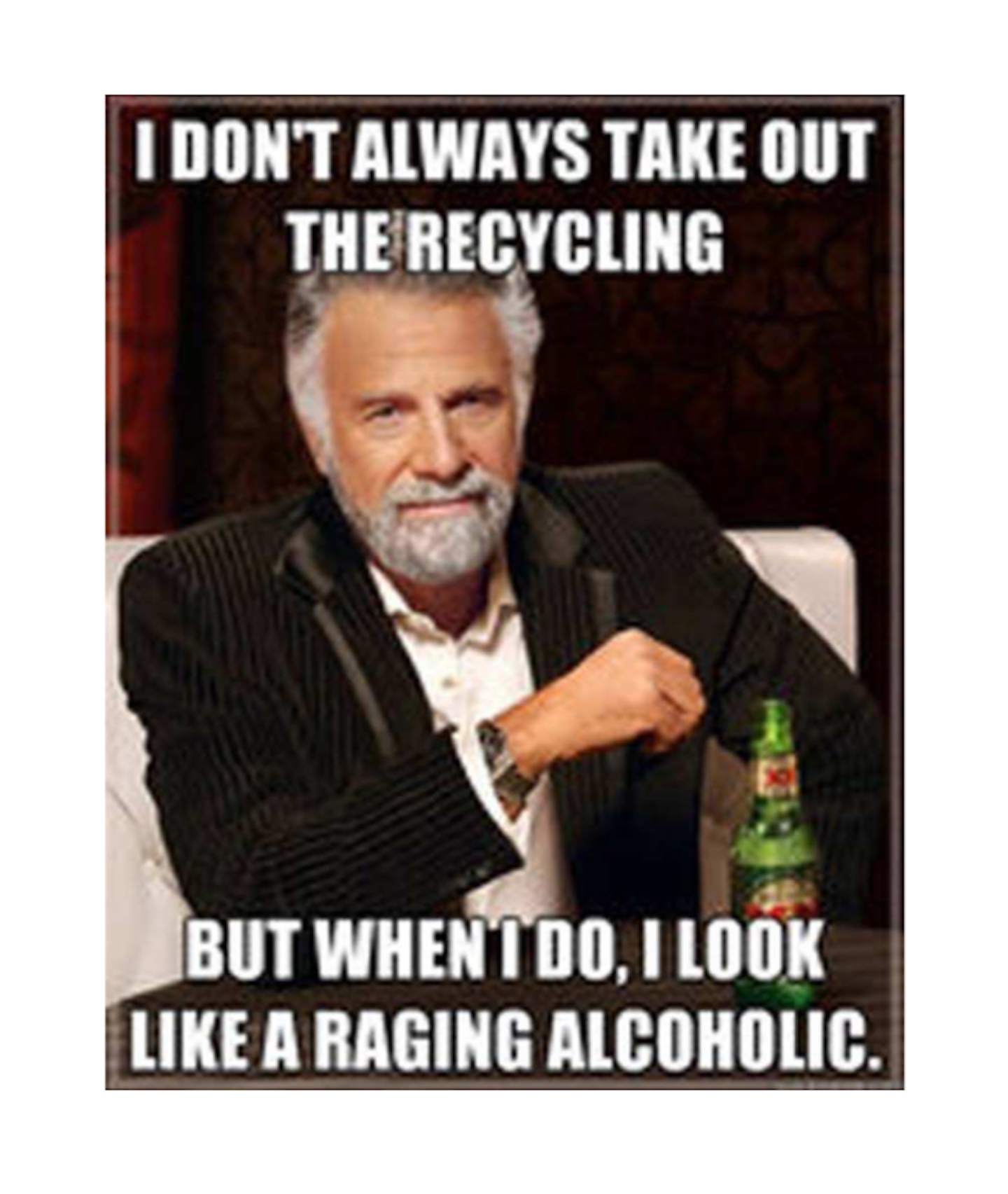 The simple reimagining of the original “I don’t always drink beer” line made the image relatable to anyone familiar with the commercial, but the tagline can be remixed in countless ways following the “I don’t always___ but when I do___” format.

Memes boosted brand recognition for years to come without even mentioning Dos Equis, keeping the company so relevant that it revamped the campaign in 2016, recasting Goldsmith with a younger actor.

DON’T become a meme for the wrong reasons.

Targeting Millennials or Gen Z as broad homogenous consumer group is already problematic. However, when you market to their sense of social justice without genuinely wishing to make a difference, the internet will be quick to drag you down.

As Professor Wiggins put it to me: “Younger generations are sick and tired of bulls**t advertisements… I think they want something real.” Pepsi learned this the hard way, having to pull down a 2017 commercial after only one day of distribution.

“Live for Now,” as the spot was dubbed, featured supermodel Kendall Jenner handing a police officer a can of Pepsi in the midst of a tense protest. After receiving the fizzy drink, the officer smiles and suddenly everyone is happy and unified. Twitter immediately erupted, calling out the commercial as blatantly tone-deaf and trivializing protest movements like Black Lives Matter.

By the time Pepsi pulled the ad and issued an apology, the internet already had its claws in it. And while Pepsi wasn’t toppled by the controversy, the meme aftermath became a constant reminder of a shallow attempt to seem woke.

DO come up with ways for customers to do the promoting for you.

Influencer marketing may be the hot topic right now, but there is an equally effective, and far more fun, strategy for getting brand-loyal customers to generate promotional content.

User-generated content (UGC) is a great way to make customers feel engaged with your brand, while gaining lots of promotional material that shows real people interacting with your product.

Online food delivery service Seamless has had a place in its fans’ hearts for a few years due to their active Twitter feed, but that love affair truly started with their 2014 #OscarNomNoms campaign.

The concept was easy to grasp and the hashtag was fun to play with. Seamless ended up getting thousands of suggestions for popular movies renamed with a foodie pun. They decided to make actual posters for some of the best ones, boosting the campaign to fully fledged meme status.

DON’T use memes if you don’t understand them.

A feeling of disillusionment toward mainstream society underlies the meme culture. Professor Wiggins believes many young people perceive capitalism and democracy as failing ideologies. This somber view of the world lends itself to forms of communication that rely on satire and parody.

That element of irony is difficult to capture as a brand trying to sell a product. On top of this, what makes a meme popular is fickle and so fast-moving that even as I write this, I’m likely missing out on the internet’s latest funny trend. That’s why you need to keep your ear to the virtual street with this kind of marketing.

On top of this, what makes a meme popular is fickle and so fast-moving that even as I write this, I’m likely missing out on the internet’s latest funny trend.

If you’re going to use a meme as a marketing tactic, the young meme admin I spoke to advised, “Do it on a ripe meme, not some 2009 memes.”

That’s why forcing words like “bae” or “fleek” into your vocabulary does nothing but bring the internet to a collective cringe.

Gucci’s “That Feeling When” (#TFW) campaign received mixed reviews because it was unclear whether customers in the market for a $900 watch would be swayed by these memes.

DO embrace the culture, even if you aren’t directly taking advantage.

Memes have a mind of their own—or at least the people who make them. When it’s your product that is lucky enough to find itself the object of a “hyper memetic moment,” you’ve got to take the bull by the horns and ride it out.

Netflix was the happy recipient of such a moment when their December 2018 release, Bird Box, became the most talked about thing on the internet for a few weeks. #Birdbox and #BirdboxChallenge propelled viewership, but also forced Netflix to issue a content warning to ensure that they were not endorsing or encouraging the meme-based challenge to drive blindfolded.

Apple saw a similar surge after members began equating Airpods with being wealthy. The wireless earphones were released in 2016, but saw increased demand in December of 2018, resulting in many stores being sold out until February 2019.

[Read also: The good and the bad of influencer marketing]

DON’T post a meme before running it by EVERYBODY.

Of course, this goes for any ad campaign, but if you’re going to use memes, take the steps to make extra sure it won’t offend anybody. What’s harmless to one customer or demographic may have an entirely different effect on another.

Since memes typically grow out of disillusioned subcultures, you don’t want your marketing campaign to alienate anyone, and especially not a group you’re hoping to reach. What seems like a clever idea can often be a misstep for a brand—even ones like Wendy’s that usually nail it.

Memes are embedded in our consumer culture, they are subversive and powerful, and can be an incredible marketing tool. They can also very quickly impact your brand image and reputation, for good or bad. Ideally, a meme should be fun, relatable, and provide a light-hearted critique on a world that can at times seem too serious.

Even if memes aren’t a trend your company wants to jump on, they’re worth getting comfortable with. Because if your brand is big enough, somebody has probably already meme’d you.

A healthier outcome: A CX Moment with Inovalon

5 ways to maintain brand loyalty beyond the holidays

Get expert tips to build your business after the holiday rush.