Indigov leverages the Zendesk platform to bring elected U.S. representatives closer to their constituents. With response times now 99% faster and a 70% reduction in manual intervention, congressional staffers are free to focus on the issues that really matter to the American people. 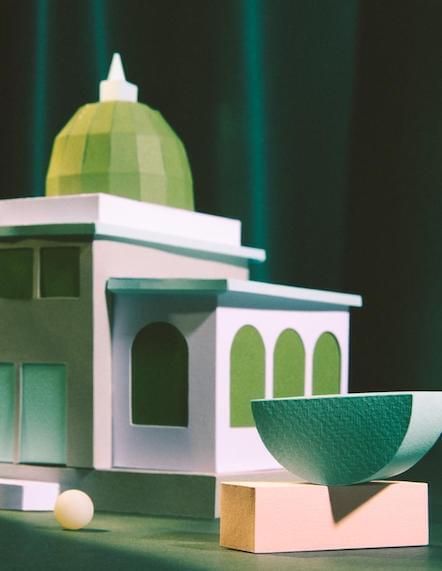 "In my first 45 minutes using Indigov powered by Zendesk, I answered more emails than the previous four weeks combined."

“Indigov and Zendesk have given representatives a detailed level of understanding of constituents’ issues and concerns to help them do their jobs better."

Indigov is a constituent relationship management suite, working to advance the future of representative democracy across federal, state, and local governments. The team at Indigov has a noble mission: “We are a group of technologists working to bridge the gap between Silicon Valley and government.”

That mission faces a series of challenges. Firstly, there is a technology deficit when it comes to government agency operations. Secondly, while constituent communications have increased exponentially, the number of congressional support staff has remained static—leaving them unable to keep pace with incoming emails, calls, and social posts. In addition, antiquated systems continue to consume the lion’s share of government IT budgets. Research shows that 80% of government IT spending is dedicated to operating and maintaining legacy systems.

These factors go some way to explaining the fall in citizen satisfaction with government services reported by the American Customer Satisfaction Index (ACSI).

Despite these obstacles, Indigov saw the potential to digitally transform government processes to improve citizen and employee satisfaction dramatically.

A strategic partnership to build on

After evaluating several options, Indigov identified Zendesk as the best fit for their technology-focused strategy. Zendesk gave them a head start with state-of-the-art cloud infrastructure, security, validations, controls, SOC-reports, and more—leaving more time for the Indigov team to focus on the front-end interface and user experience.

The 570,000 elected officials in the U.S receive around 5.1 billion constituent messages every year. And on average, constituents have to wait 80 days for a response.

The folks at Indigov knew that Congress could do better. And they knew how.

The decades-old legacy system used by congressional offices across the country required 58 clicks, just to respond to a piece of constituent mail. A large proportion of those clicks were the result of navigating outdated and irrelevant menu options.

With Indigov’s technology suite built on Zendesk, staffers can now respond with just three clicks. The team at Indigov were able to streamline their entire workflow to dramatically reduce response time from an average of 80 days to less than 8 hours. “Offices powered by Zendesk are getting down to zero unread messages every single day, which tells me we are accomplishing what we initially set out to do,” said Alex Kouts, CEO and founder of Indigov.

The impact of these efficiencies has been felt at the highest level. A member of the US Congress reported that “Indigov and Zendesk have changed our Congressional office completely. It has freed up multiple members of my staff to concentrate on casework and outreach instead of sifting through the mail”.

With response times averaging 8 hours or less, the next step was improving the accuracy of responses. Under the previous system, staffers had relied on canned responses, which often left citizens with more questions.

Now, staffers have access to a vast library of approved responses offering more precise answers to incoming queries. In my first 45 minutes using Indigov powered by Zendesk, I answered more emails than the previous four weeks combined,” commented one staffer from the US House of Representatives.

In addition, staffers can personalize each reply. “Indigov speeds up our mail processing, meaning that I have more time to think about writing meaningful responses,” explained a US congressional staffer.

One of the most exciting elements of Indigov’s partnership with Zendesk is their comprehensive dashboard powered by Zendesk Explore. For the first time ever, congressional members are able to see and track every recorded constituent interaction. “Indigov and Zendesk have given representatives a detailed level of understanding of constituents’ issues and concerns to help them do their jobs better,” said Kouts.

Representatives receive an automated email every Friday morning, providing them with a complete picture of the activity and issues important to their constituency. “For the first time, I feel like I have full insight into our mail and casework systems,” a member of U.S. Congress commented.

“The platform that we’ve created together is meaningfully bringing all of U.S. Congress’s tools together and making it easy for representatives to communicate empathetically with a constituent. That is the essence of democracy. It could not be more core to what we’re doing,” Kouts concluded.