After Biobot Analytics began measuring COVID-19 rates in wastewater, its customer base grew exponentially. The healthtech startup needed a platform that would allow its biologists, epidemiologists, data scientists, urban planners, engineers, and customer success team to collaborate on complex conversations with its customers. 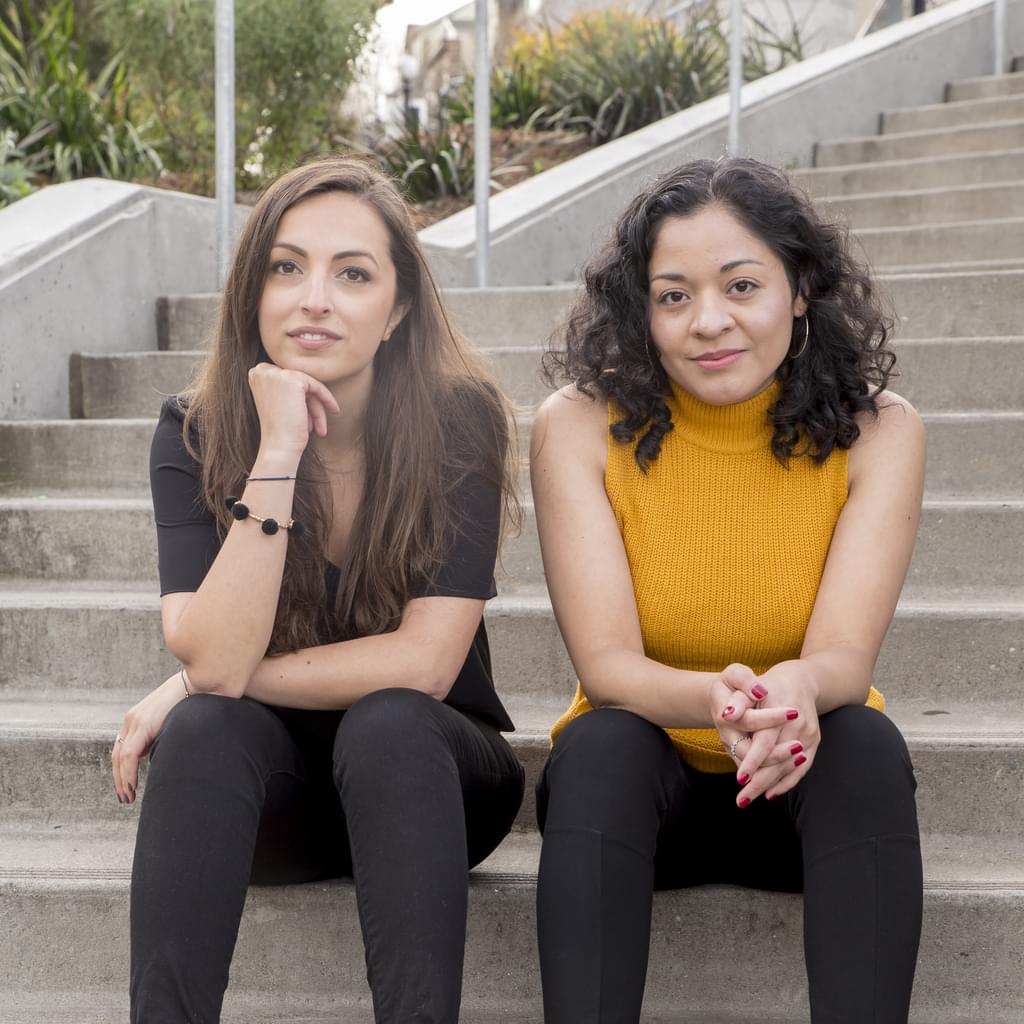 “Zendesk has really let us be nimble and act quickly, which definitely is something that, through my first almost three months here, has been a huge theme—just moving forward, getting stuff done as quickly and effectively as possible.”

Director of Customer Success at Biobot

“The Side Conversations feature especially has brought people into the customer support experience in a structured way. It’s given us a platform to consistently manage complex customer questions.”

Director of Customer Success at Biobot

In 2017, a couple of brilliant academics from the Massachusetts Institute of Technology (MIT) were inspired by the potential of wastewater epidemiology. Committed to improving public health, they founded what became the first company in the world to commercialize data from sewage.

For some people, getting past the ick factor of Biobot Analytics’s business model might be difficult, but the company’s founders and 20 employees know that the work they do helps communities combat serious health problems.

Biobot focused initially on tracking opioid usage so communities could use data-driven strategies for fighting the painkiller epidemic, but when the COVID-19 pandemic erupted in early 2020, the company quickly pivoted to testing wastewater for the virus. Now Biobot plans to extend its wastewater epidemiology platform globally.

Wastewater epidemiology is not new: countries around the world have used it to detect poliovirus, Hepatitis A, and other diseases for years, but its value for detecting COVID-19 has catapulted it into the public eye. Because infected individuals shed the virus in fecal matter an average of seven days before exhibiting symptoms, wastewater testing gives communities data that helps them determine future strain on hospitals, for example. 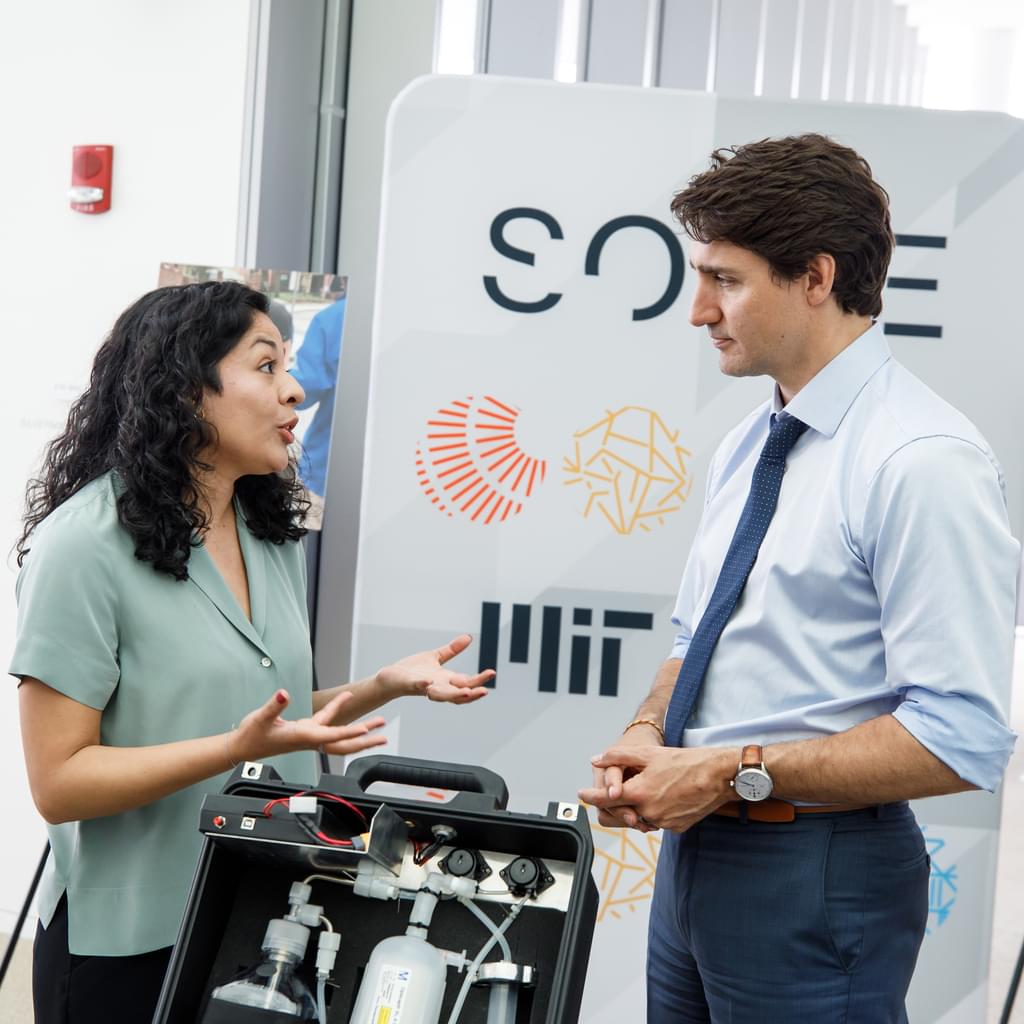 It can also help educational institutions like the Cambridge Public School District, a Biobot client, add another data point that informs decisions about whether to open classes or close campuses. Whether it’s for schools or entire communities, wastewater epidemiology is scalable and much less expensive than mass testing at an individual level.

Of course, as Phil Kowalski, director of customer success at Biobot, points out, “there are a lot of labs out there where you can send samples in and get some testing back.” But three things in particular differentiate Biobot from run-of-the-mill labs: faster turnaround times, in-depth analysis, and thoughtful customer service. “Especially from our founders’ vision, the customer experience is a huge differentiating factor for them,” says Kowalski.

Doing it all at once: How Biobot’s Success team “builds the plane it’s flying”

When Biobot first pivoted to COVID testing in March 2020, the company went from about five customers to 400 pro bono customers and then to about 100 ongoing paid clients. For a company that had been managing a handful of customers via email and whose support number was a co-founder’s cell phone, that growth was unsustainable.

To help bridge the support gap, Biobot brought in a handful of summer interns from MIT, and those young scientists recognized that the company needed technology for both account management and customer support. Soon after, Biobot joined the Zendesk for Startups program, which provides qualifying startups six months free of Zendesk’s customer support solutions.

Kowalski himself joined Biobot in August 2020. “I might be the first non-technical leader to join the organization,” he says. “It was because Biobot had this influx of customers and wanted to be intentional about managing them, and just needed help answering customer support questions as those increased over time.” 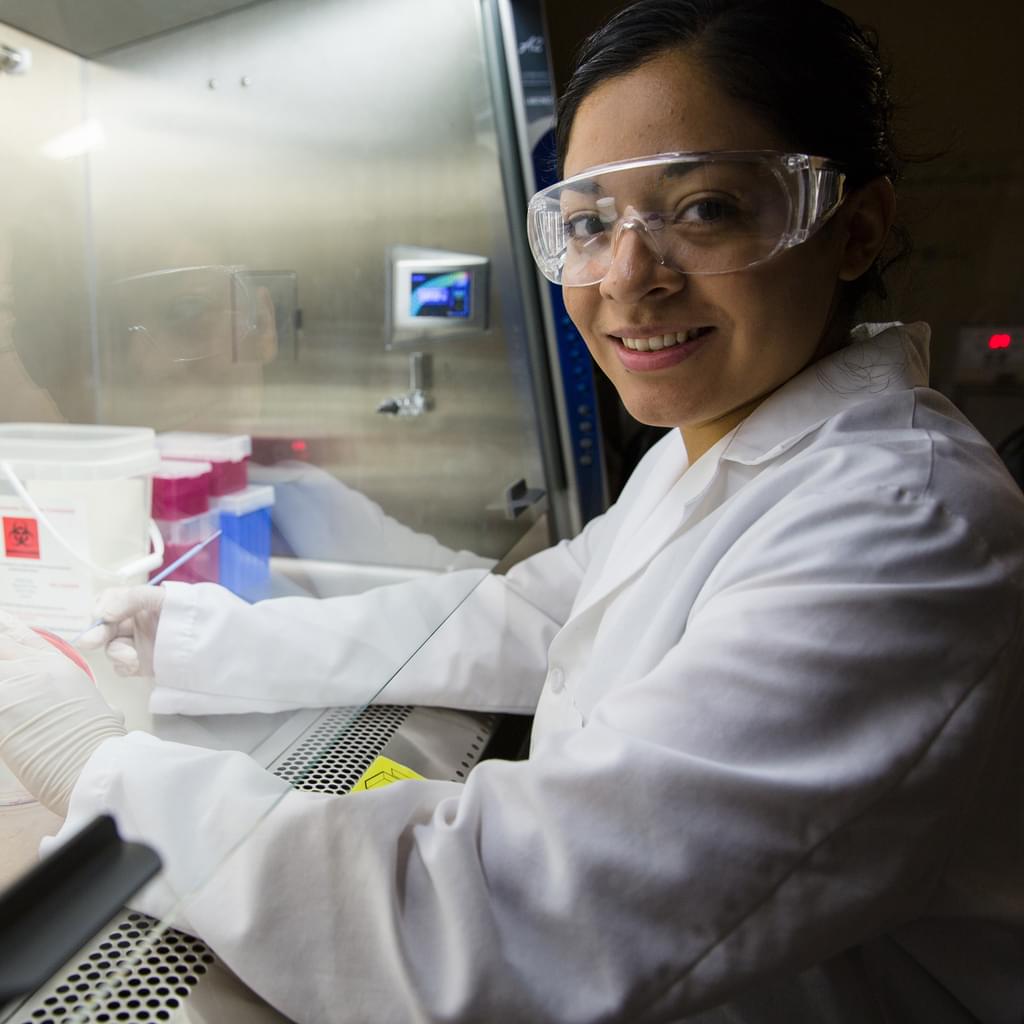 Biobot’s staff of ~20 biologists, epidemiologists, data scientists, urban planners, and engineers focused primarily on science and research. Facing exponential customer growth, Kowalski’s team of one was tasked with managing the customer success side of the healthtech startup. With COVID-19’s pressing urgency, he knew he had to move fast. “It was like building the plane as I was flying, and also learning how to fly planes as I was flying it,” he says. “I had two days to learn, and we were under a lot of pressure to move quickly.”

Not only did Kowalski have to quickly learn the science behind Biobot’s service and scale its success operation, he had to learn Zendesk as a first-time user. The Zendesk for Startups Program offers 1:1 onboarding with a specialist; most helpful is that the platform itself, Kowalski says, is intuitive and works well right out of the box.

“And that’s one of the things I liked about Zendesk—that generally it made sense to get up and running in terms of the standard ways that we’d want to manage support tickets,” he says. “So Zendesk having a lot of that stuff, good to go right off the bat in terms of standard workflows, was super helpful, because we didn’t have time and resources to sit around and tinker in the admin to get everything going.”

Support in the trenches

Biobot’s summer interns chose Zendesk as the technology for customer support, but it was Kowalski’s job to put a system in place for providing support in a structured, scalable way. Unlike other wastewater epidemiology facilities, “We’re not really a lab company,” says Kowalski. “We’re providing reporting and analytics on top of this data that we’re collecting through scientific means. It’s something that our founders were serious about—delivering a great customer experience—partly because other laboratories that might have similar scientific capabilities aren’t necessarily delivering that.”

In terms of data analysis, says Kowalski, Biobot offers something most other labs don’t: data that helps communities estimate how many new cases per day they can expect to see. “That case estimate is definitely something that folks are drawn to,” he says, but it also presented one of the earliest challenges he faced. As understanding of COVID and how to measure it through wastewater changed, so too did the company’s model for making those estimates, and Kowalski had to figure out how to communicate that and respond to related customer questions. 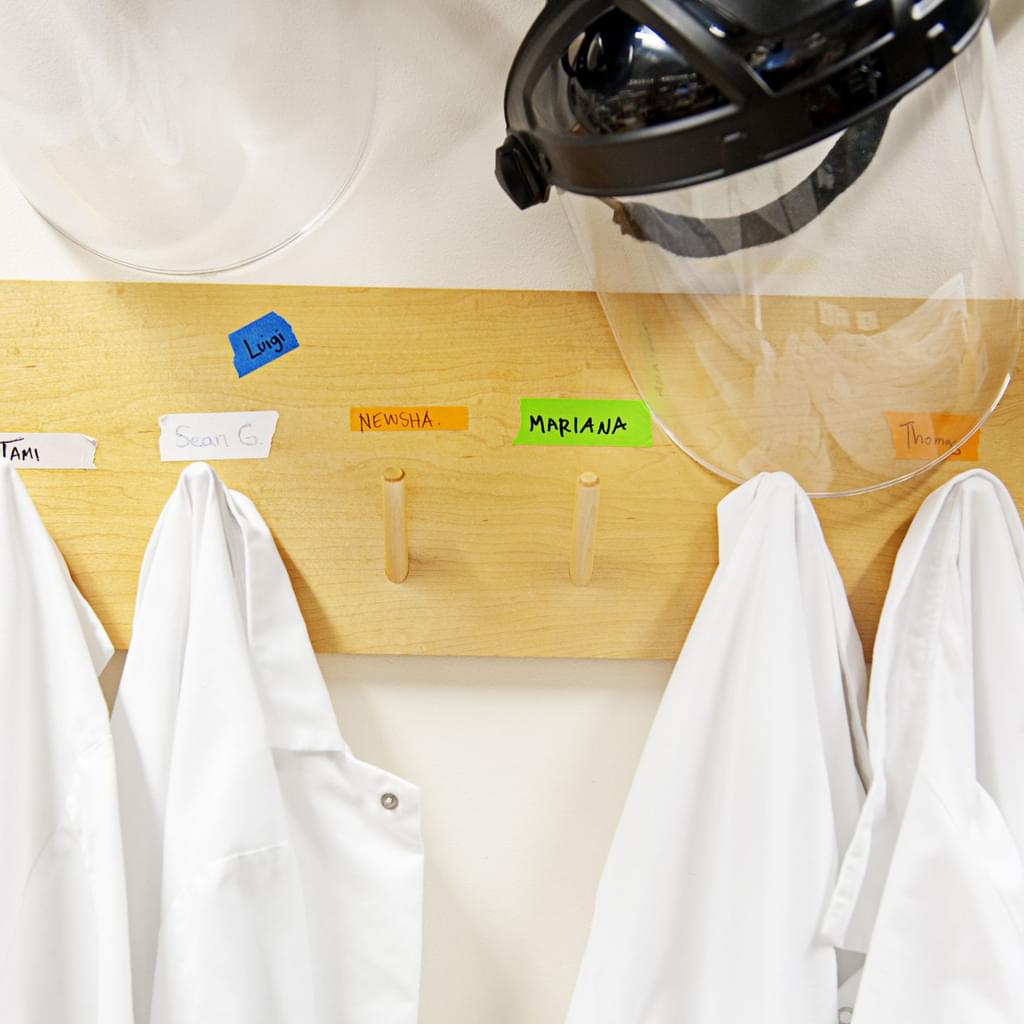 “Early on I think there was a hope that wastewater could give an indication of how many total people in a community have COVID at any given time,” he says. “What more recent research has shown is that it’s really a better indicator of new cases, because people who are newly infected shed through their waste way higher amounts of viral material than people who are further along in their infection rate.”

A one-person customer success team, Kowalski collaborated with internal specialists using Zendesk’s ticketing platform to answer questions. The ability to post FAQs and documentation via Zendesk’s self-service and knowledge base also proved indispensable as information evolved. “Just having somewhere to point people, or where people could go themselves for some documentation was nice,” Kowalski says. “Our reports themselves have a decent amount of documentation in them, but presenting it in a different way, a searchable way, has definitely been valuable for us. I don’t have a quantifiable measurement for it, but I know it’s definitely been something that our customers have been using and relying on, especially new customers.”

Beyond self-service content for new customers, Biobot also took advantage of Zendesk’s Slack Integration with Zendesk Support and the related ability to use Side Conversations within tickets. “Questions from customers often skew really technical or scientific, and I can’t answer all of those on my own,” Kowalski says. “Being able to post those in a public Slack channel and get opinions from the co-founders, the lab director, or a data science director has been super valuable.”

After an easy setup, Kowalski discovered that the Slack integration and Side Conversations provided a helpful historical record of past problem-solving. Overall, he says, Zendesk “makes it a lot easier to track what’s going on, who really owns the issue, who’s responsible for it, and what status it is in.” 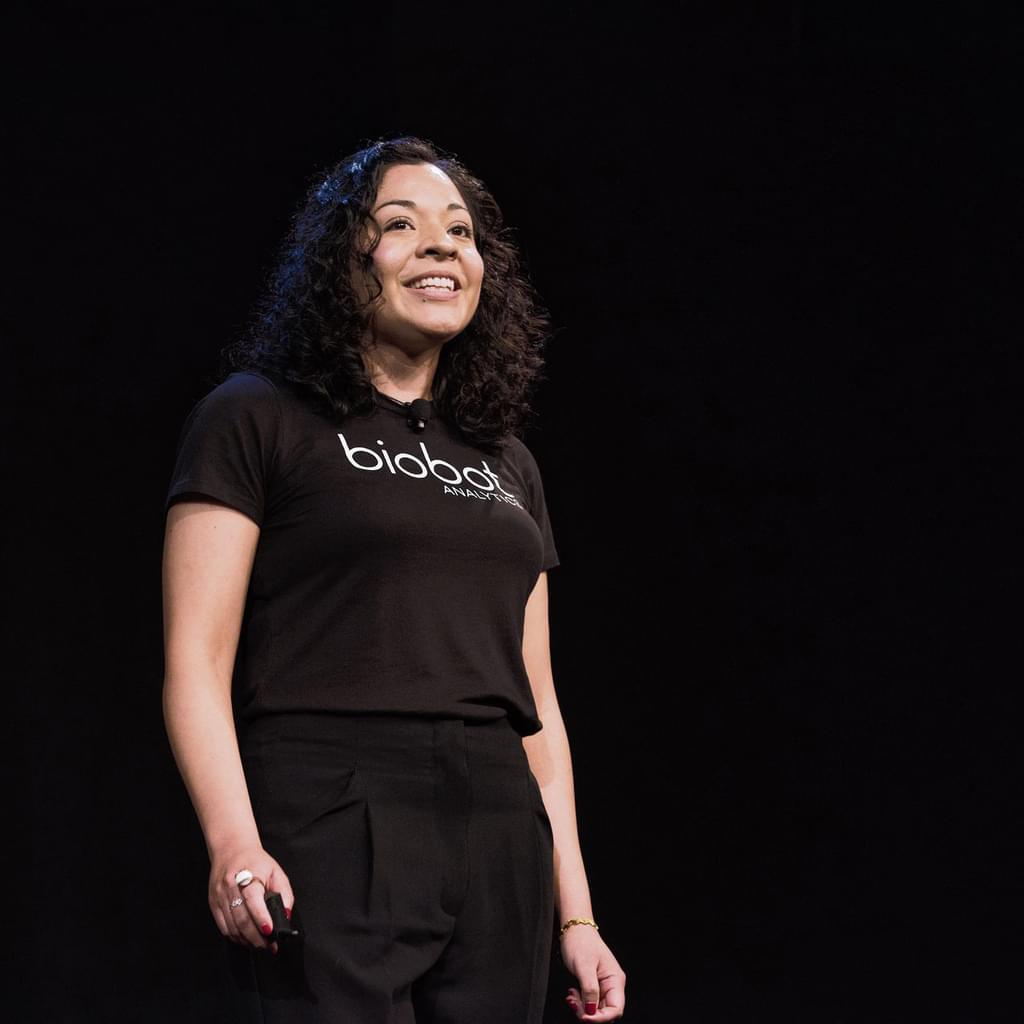 Meanwhile, Biobot also implemented Zendesk Talk, removing a pain point for the co-founder faced with answering customer questions via a personal cell phone.“When you get up to 400 customers, that’s not a scalable solution,” Kowalski says. “Having Talk was really valuable when we just needed to quickly spin up a phone number. I just had to click a couple buttons and we were good to go.”

Although Kowalski has been operating as a team of one since joining Biobot, that won’t remain the case for long. Using data culled from Zendesk Explore, Kowalski made the case to leadership that two new hires were in order.

“Once I have a team, I’ll be using Explore a lot more to make sure that we’re doing a good job—being efficient and delivering good customer experience,” he says. “From a customer perspective, I’ll be looking at gross retention, net retention, and net revenue retention over time.” 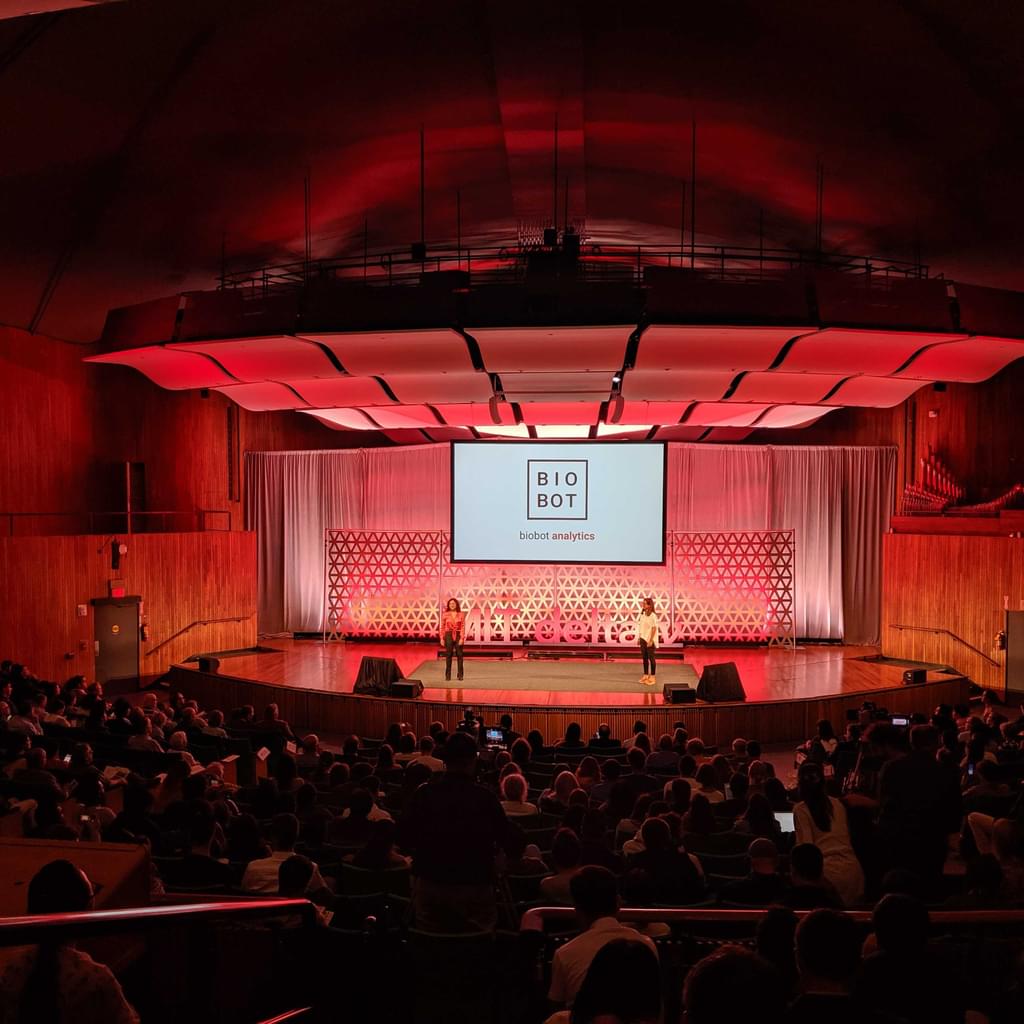 As the Biobot customer base grows, Kowalski says, he is excited about looking for additional scalable ways to manage the company’s customer base while at the same time delivering attention to its most important customers and being proactive about customer experience overall.

“I think that as we look toward the future, we’ll potentially be looking at more building-level testing and tracking—not only for COVID, but for potentially future things, including the flu,” he says. “Being able to just get an early indication of [such diseases] could help universities and companies take action more quickly.”

Expanding and deepening the company’s Zendesk footprint is part of that future. “Zendesk has really let us be nimble and act quickly,” Kowalski says, “which definitely is something that, through my first three months here, has been a huge theme—just moving forward, getting stuff done as quickly and effectively as possible.”