After three years of triple-digit growth, delivery startup iVoy needed a full CRM. With Zendesk Sell, the business now has a tool that serves its immediate—and future—needs. 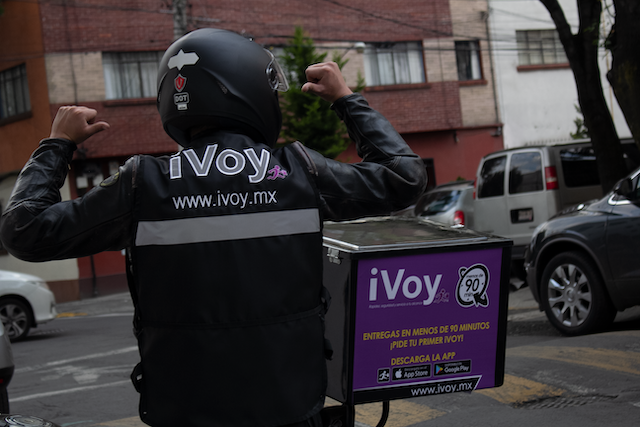 “I want my sales team to have the best conversion rate they can, and Hubspot was not reaching that because it was too complicated. It wasn’t classifying leads correctly, so we decided to go simpler.”

“Zendesk won us when we noticed that it would be an advantage to have support and sales on the same platform.”

Building a customer base for a startup is tough. It’s even tougher when you’re competing against large, established corporations for clients. iVoy, a delivery startup in Mexico, isn’t one to shy away from this kind of competition. It’s taking on big name incumbents like Amazon and Mercado Libre and holding its own with high-quality customer service and a recently revamped sales operation.

iVoy started out in 2011 as a small B2C service specializing in delivering documents and goods around Mexico City. At the time, many businesses had their own in-house delivery teams but had a difficult time tracking their drivers. iVoy saw this as an opportunity to create a shared economy for delivery workers and companies. 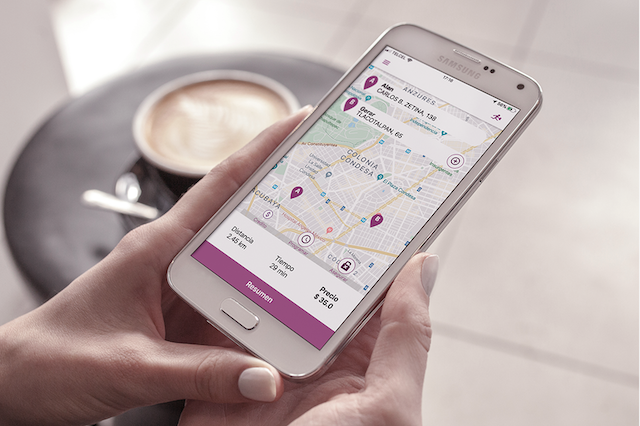 Despite being focused on serving the B2C market, iVoy soon realized that larger opportunities were within reach. To take on big competitors like Amazon and Mercado Libre, iVoy started courting bigger clients. After signing Petco, business started picking up speed. Soon after, iVoy’s sales team closed delivery deals with Inditex, Adidas, and Walmart, building a solid base of large ecommerce customers.

However, after experiencing three straight years of triple digit growth—a good thing, to be sure—iVoy could no longer ignore the limitations of its original CRM, Hubspot. That legacy tool, originally implemented by an agency that had previously handled the company’s marketing efforts, enabled iVoy to get up and running in the early days. But as bigger clients started coming in, iVoy’s sales team found itself in need of additional features.

While discovering and connecting with leads hadn’t been an issue, Hubspot’s complicated interface made converting leads to deals difficult. Members of the sales team began to pick up bad habits, and conversion rates suffered. It was time for a change.

A pressing need to simplify the sales process

To complicate matters, iVoy lacked insight into conversations with its customers. Without a unified CRM, management and team members couldn’t get a clear picture of who had interacted with the customer, and cross-team collaboration proved very difficult.

That led to information silos between the support and sales teams. Those handling the SMB accounts were using Hubspot, while the key accounts team was using Excel. “Forty percent of our revenue was from small and medium companies,” says Vini Marino, iVoy’s CMO. “So switching to a new CRM was a decision that could change a lot. We were putting 40 percent of our revenue at risk—we needed to make a good decision.”

And as the pandemic created even more opportunities for iVoy, Marino understood that the sales team needed a solution that would remove barriers.

“I want my sales team to have the best conversion rate they can, and Hubspot was not reaching that because it was too complicated,” Marino says. “Leads weren’t being classified correctly, so we decided to go simpler.”

After deciding not to renew with Hubspot, iVoy evaluated Salesforce and Zendesk. Having already adopted Zendesk Support—a move that proved popular with the support team—Marino saw an opportunity with Sell. Not only would it integrate seamlessly with Support, but implementation would be quick and straightforward, a huge advantage for iVoy’s busy IT team.

“Zendesk really won us over when we noticed that it would be an advantage to have support and sales on the same platform,” Marino says. Another deciding factor? Marino points to the close attention Zendesk’s sales team paid iVoy during the evaluation period, a level of care that boded well for the future.

Preparing for growth with the right CRM

In August 2020, while Mexico was being hit hard by COVID-19, iVoy deployed Sell. The team was up and running in less than two weeks from contract signing, right in time for the economy to pick back up in October.

Since implementation, sales have been up by 60 percent, and iVoy’s reps have found Sell to be “ridiculously easy” to use, Marino says. Importantly, the company has saved a significant amount of time in the lead conversion process, which used to require editing more than 10 separate fields. Now sales reps can convert a lead with a single click.

Reporting has improved as well. Marino can now track how long it takes for reps to make first contact with leads, how much time deals spend in different stages of the pipeline, and where each customer is in the process. This improved reporting also helped iVoy’s sales team understand that making first contact with a lead sooner leads to higher conversion rates.

Meanwhile, iVoy has also been using Sell to streamline the handoff process from sales to support, ensuring that customers can start making deliveries without a hitch. This unified approach to sales and support—as well as its steady growth—lead to iVoy receiving a new round of funding, which will fuel the company’s expansion into new markets in Mexico. To prepare for this push into more markets, the sales team has added more seats to Sell.

“By the end of 2021, we hopefully will have about 30 people, and we’ll be expanding,” Marino says. “We needed a platform that we could scale up, a solid platform that could work for us for years. I don’t want a platform that in three months I would have to change. With Zendesk, we won’t have to.”