Global ecosystem restoration movement teams up with Zendesk to connect camps and make information accessible to all.

For some people, climate change is a nebulous concept that feels too overwhelming to contemplate, let alone do anything about. For others, it’s a crisis that requires action. Now.

John D. Liu is one of those people who feels compelled to do something. In 2016, he brought his vision of people camping and restoring the earth to a group of like-minded people around the world. In short order, Ecosystem Restoration Camps (ERC) was born.

The global group’s mission is to fight poverty, climate change, species extinction, and desertification by restoring degrading landscapes all over the world. They’re accomplishing it by creating collaborative living camps where local people and international volunteers come together to create and execute a plan to introduce regenerative practices that bring degraded areas back to life.

The first ERC was established in Spain, attracting experts, leaders, and local and international volunteers who worked to revive the land where knights had once built castles to defend Spanish kingdoms from Moors. The semi-arid ecosystem had been severely degraded by deforestation, industrial agriculture, water exploitation, and climate change.

Its success has become legendary. Patagonia made a documentary about it, universities got involved, students and youth from all over the world came together to work on it. An architectural firm from the Netherlands wants to rebuild the village.

“The bakery that left the village 20 years ago has reopened and they’re thinking about reopening the school. For the first time, you see young people want to become farmers,” said Jan Hein van der Hoeven, global director of the ERC Foundation.

“One of our contributions is giving our volunteers’ work a voice and sending it out around the world. They’re proud of what they’re doing and that changes people and communities.”
Jan Hein van der Hoeven

Today, ERC supports more than 40 camps in 30 countries across six continents. Their goal is to have 1 million people come together by 2030 to reverse ecological destruction and restore biodiversity in 100 camps around the world.

Van der Hoeven says the impact on the people who come together at camp is as significant as their work on the land.

“Many volunteers come to us feeling empty, sad, and worried about the future. In a camp, they meet each other and make a positive impact on the world and become part of a larger story. They’re not just planting a tree; they’re reversing degraded ecosystems.”

ERC accomplishes more than the important work they do in each camp.

“The camps are what we were founded upon, but we are also a knowledge hub and a movement to which people who feel powerless can belong. It’s a movement of people creating abundant earth and a proof of concept that works, can be replicated, and doesn’t require waiting for governments and business to make a plan,” said van der Hoeven.

“One of our contributions is giving our volunteers’ work a voice and sending it out around the world. They’re proud of what they’re doing and that changes people and communities.”

“We’re opening up the door to a world of knowledge and networking for do-ers, not just talkers.”
Cath Ritchie

ERC supporters can pay a membership fee to gain access to seminars with partner organizations, inspiring stories from camp-level, and fireside chats with camp managers from around the world.

“We’re opening up the door to a world of knowledge and networking for do-ers, not just talkers,” said Cath Ritchie, the ERC Foundation communications coordinator.

A conduit between the landscape and the people

ERC’s small, global team is scattered around the world—from Amsterdam to Barcelona to Capetown and beyond. They coordinate the camp movement and do the larger work of the foundation using platforms like Google Docs, Slack, Zoom, and WhatsApp.

In June, the org integrated Zendesk as part of the Tech for Good program. “We expect Zendesk will help us amplify our knowledge-sharing platform,” said Ritchie.

“We’ve had a gap in connecting the knowledge gained through trial and error and passing it on to other people in other biomes around the world. Zendesk will be the conduit between the landscape and the people, helping connect those dots as we achieve our efforts to share our knowledge, globally.”

[Related read: In the quest for a healthier planet, ecosystem restoration offers hope]

ERC plans to build up its IT infrastructure so the organization can grow “hundreds of times with the same overhead,” said van der Hoeven.

“We are here to serve the projects that are on the ground. What they want most is to be connected and learn from each other rather than be tiny projects that reinvent wheels.”

The organization hopes to use Zendesk’s Help Center to make information easily accessible online to all ERC camps.

“We’re building a database of techniques and case studies around the world so camps can follow simple examples and find information to apply to their unique context. We hope to post tickets in the back end that can be answered by camp coordinators, staff, or our large advisory board of people who can answer questions to help users get past the troubleshooting stage and move into real impact on their land,” said Oliver Goshey, an ERC advisor.

“Zendesk will come in handy to search the database and interact with people on the back end.”

One of ERC’s long-term visions is to expand its library of knowledge and make it accessible to the public.

“We’re all in this together. Whether you’re at a camp or are supporting the movement from home, we want to provide as much access to inspiration and information as we can,” said Ritchie.

Making the world a better place

How KindWork trains and graduates underserved students into tech jobs

Knowledge is power—and vital for safety

When a refugee arrives in a new country their material belongings may be few, but they…

Non-profit Ameelio provides a free service for users to send letters, postcards, and other mail items to incarcerated loved ones. 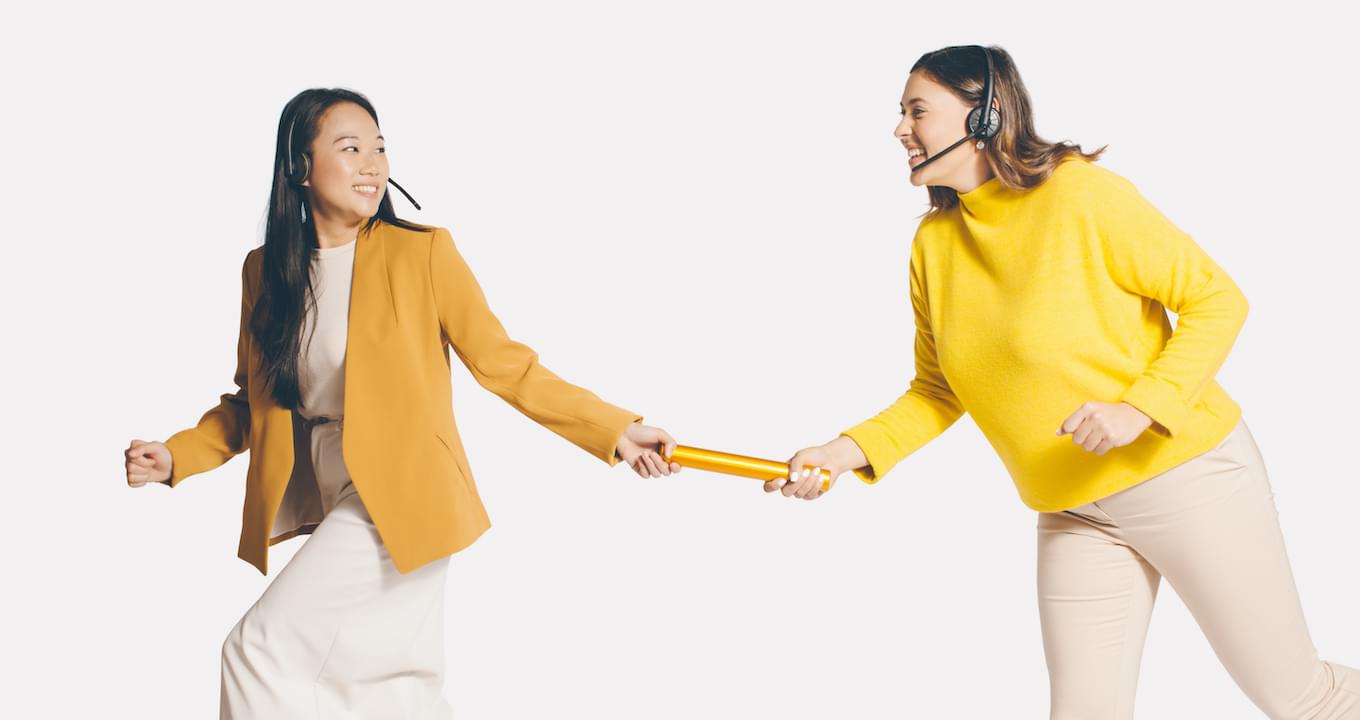 To date, Project N95 has provided more than six million units of PPE to healthcare workers throughout the U.S.